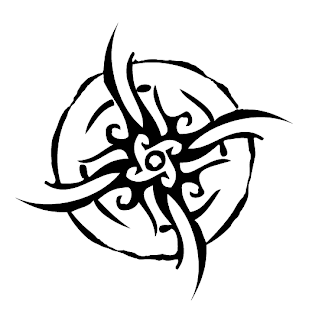 Let's talk a little bit about perseverance and self-reliance.  There are very few industries out there beyond the world of art that rely so heavily on one's own ability to create.  I just finished listening to Shawn Crystal's podcast, Ink Pulp Audio, and his interview with Rick Remender (amazing artist and writer).  It got me thinking about what I am doing up, here at almost midnight on a Monday night working on a comic page that isn't going like I want it to, and for the first time, I am drawing too small. Regardless, I have worked with many people in the short career I have had as a comic artist and each has poured their heart and souls into this world of little reward and large investment.
One of these people is Ron Bryce.  He got into comics in high school, wrote and helped publish a comic with me called The Prophecy, and has been writing since he picked up a book.  He created a website called Tribal Sun Studios with a friend of his.  I was lucky enough to do their most recent logo (the image above).  What I respect Ron for most is his drive to be himself.  Even though he's worked through the bureaucracy that is multiple college degrees, and time and time again at big box electronic stores, he will always be defined by his projects and love of writing.  Here's to you RJ!
Posted by Jay Peteranetz at 1:49:00 AM No comments:

The current Line Up 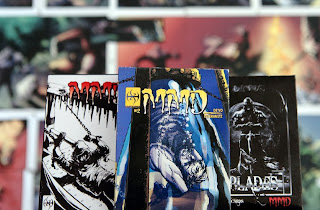 The hard proof for MMD #2 arrived today...it's GORGEOUS!  I can not wait to see this thing finished and in my grubby little hands.  The three boxes you see in this picture are test boxes we printed to make sure they worked correctly...they do.  And the blurred image in the background is part of the second deck.  Check out www.xtremehandz.com for updates and release dates when we know them!
Posted by Jay Peteranetz at 2:54:00 PM No comments:

So, it's not a big secret that there will be a second deck for Magicians Must Die.  These are some of the final images of the next deck.  My personal opinion, and it's simply that, is that this is some of the best artwork I have ever done.  There are some scenes that make me proud to do what I do.  It's the first time in a LONG time that I feel like I am near a truly professional level of artwork.  So I hope you enjoy and as soon as I have a release date...you'll know where and when to get it.
Posted by Jay Peteranetz at 9:00:00 AM No comments:

Thumbnails for a new project

So, I got probably my biggest commission as of yet last week.  I can't talk about it much yet because it's not announced, but it's going to be my first international comic, and it's going to be released and distributed in May.  I'll let you know more, and see more, when I am allowed.  For now though, enjoy the thumbnailing process!!!!
Posted by Jay Peteranetz at 11:14:00 AM No comments: 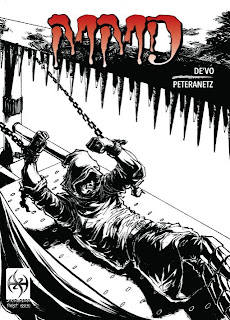 Check it out!  The official post has been made.  De'vo has decided to do a reprint of the first issue of MMD with a customizable sketch cover on the back.  There is no release date yet, but I'll keep you posted when I know!  Check out the official post from Xtreme Handz here: http://www.xtremehandz.com/catalog/item/1177704/9554633.htm
Posted by Jay Peteranetz at 11:53:00 AM No comments: 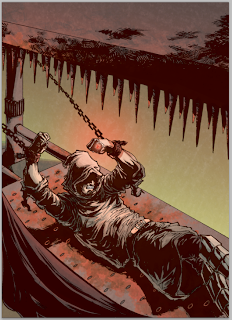 So, MMD #2 is coming along nicely.  We are approaching the printing deadline for release at this year's Denver Comic Convention.  The art is finished, just working on the box layout and such.  This is a color test for an alternate cover for MMD #1.  We are using the image, just not the color.   And there is a very good reason for that...more coming on THAT soon.
Posted by Jay Peteranetz at 2:25:00 AM No comments:

This is a short preview for MMD #2, which is releasing May 31st at Denver Comic Con. You can also see the official announcement at the facebook page of De'vo, the writer and creator.
Posted by Jay Peteranetz at 9:23:00 AM No comments: