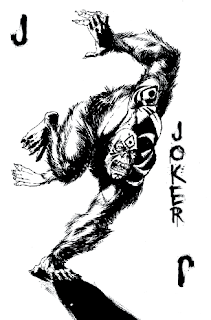 So, we are working hard on the second installment of MMD for Denver Comic Con coming up at the end of May.  These two characters are the supporting character and the main villain of this issue.  This will become a theme as more decks are produced.  Of course, to do that, we gotta SELL these!  Will keep you informed on release dates and such.
Also, off to Emerald City Comic Con!  It's my first time at the Convention and it's been a LONG time since I've been to Seattle.  I am looking forward to seeing old friends and making new connections!
Posted by Jay Peteranetz at 4:27:00 PM No comments:

I apologize about the lack of artwork lately, I have been running hard towards a deadline at the end of the month.  I am putting up a quick post today to talk about upcoming appearances and such.  First of all:  I'll be at Emerald City Comic Con coming up at the end of the month.  I am not tabling, but I'll be around, follow my twitter feed to see where I am.
I'll also be at Denver Comic Con this year with Handlordz, LLC.  Check out my post on the website here: http://www.denvercomiccon.com/2013/jay-peteranetz/  And that's all for now, art coming soon from MMD #2
Posted by Jay Peteranetz at 12:43:00 PM No comments:

Email ThisBlogThis!Share to TwitterShare to FacebookShare to Pinterest
Labels: announcements 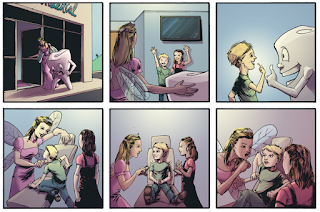 Here are the final colors.  The images came out pretty well I think.  Anyone with thoughts?  I'll be putting up lettering tomorrow.